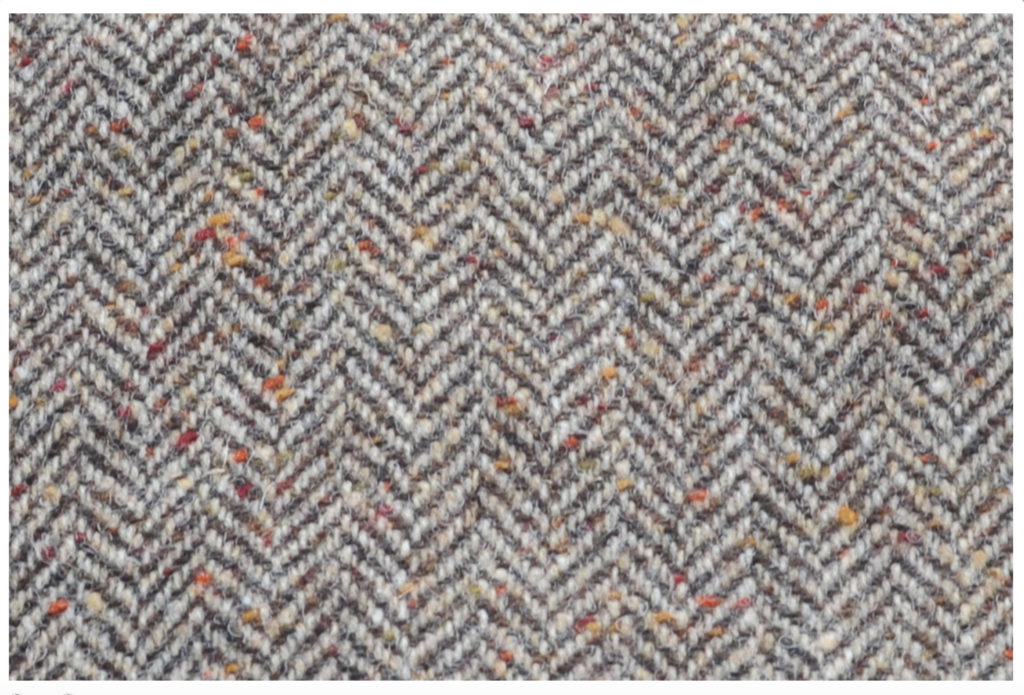 An offering of Donegal tweed from Murphy of Irelandhttp://www.murphyofireland.com/product/belcarra-herringbone-donegal-tweed-jacket/

It’s time to turn our eyes to the Irish variety of tweed. Like whiskey, Both Ireland (whiskey) and Scotland (whisky), have a deep and loving relationship with the goods in question, each giving it their own unique and vibrant take on the subject.

The Irish, having many sheep of their own, also have a history of a fine wool tweed known as Donegal Tweed. When my husband took me to Ireland to propose to me over Yeats’ grave, we stopped off in a wee shop in Sligo and spent a good two hours with a fine, trim gentleman who educated us in Irish history, Sinn Fein, and of course, Donegal Tweed. It must have been the hardest sell he ever had, that tweed jacket. I also like to think that it must have been refreshing to hear Americans talk about Yeats, and his little known muse (on this side of the pond) Maude Gonne.

In those 2 hours, he taught us more about the about  the Easter Rising at the Post Office, and how Sinn Fein (“Ourselves” in Irish Gaelic) was once a noble cause, but had become nothing more than “a band of ruffians”, than we could ever hope to learn from any book. He even brought out his prize pince nez that were a twin, and contemporary to Yeats’. What a magical night.

The Donegal Tweed jacket is still my husband’s favorite. The fabric has a softer hand than that of its celtic cousin, Harris Tweed. The weave is not a herringbone, but is a 1×1 tabby (yes, like the cat. It means “plain”), though you also find Donegals in a twill. In either weave, the stuff wears like iron, but is easy to wear in a way that makes you feel like you should push up your sleeves, sweater-like. The fabric is a dream to sew, and carries with it as much history as the Harris Tweeds, and maybe more.

Donegal Tweed recalls the colors of the Irish hillsides, as the colors for the dye were once gathered from the local flora, and it was not too long ago that the fabric was still hand spun, and hand woven. Its character is soft and heathery; warm  and light, not unlike a pashmina, in that way. It’s such a mellow and easy fabric that even designers Armani and Ralph Lauren use it as a staple in their work. Easy tailoring, dreamy sleeve heads, and enough character to hold its shape await you when you sew with Donegal Tweed.